Who is Marissa Mayer? (Google, Yahoo, Lumi)Posted almost 4 years ago by Amy Taylor 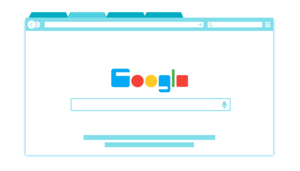 Marissa Mayer, one of the most successful women in Silicon Valley, was the 20 th employee and first female hire at Google back when it was still a start-up. She soon became an influential figure within the company and was highly successful within her roles as Product Manager, Designer and Executive.

A brilliant computer scientist, Mayer influenced many of the company’s signature features including Gmail and Google Maps and her talents in user interface design and product vision have helped keep Google as a leading search company. Mayer had many successes within her career at Google including being credited with dramatically increasing the number of daily searches from a few hundred thousand to over a billion.

After a 13 year stint at Google, Mayer joined Yahoo as CEO, but was unfortunately unable to keep web traffic from falling resulting in her resignation in 2017. Today Mayer is the co-founder of Lumi Labs which focuses on consumer media and artificial intelligence and is viewed as an inspiration to women in technology having had such a prominent role in a leading technology company.