Work in the tech sector? You need a personal brandPosted over 3 years ago by Michael Oliver 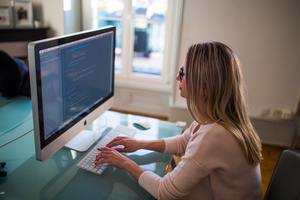 Amid the steady stream of photos was a JPEG pollutant. It showed a shirtless fella in his middle years, splayed across a hammock, sipping a glass of icy water. The caption read: “Ice water… the deal breaker.”

And that was it. That was literally it .

What was this for? Was ‘Big Water’ finally making a play for the ice cube market? No—it was a post sent on behalf of a man named Steve to plug his real estate business.

Apparently, Steve – or a slick-haired cabal of marketing experts – thought this was the best way to sell houses.

Most techies I’ve met would balk at the idea of being an ‘Ice Water Steve’. But despite it being one of the worst things ever published online, the post belied a powerful truth: personal branding matters. And it’s a huge opportunity for anyone in the tech sector to do more than ‘get your name out there#’ – and something you can easily screw up.