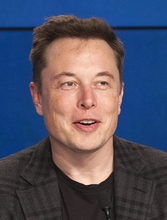 Elon Musk is a curious mix of Howard Hughes genius and idiot frat boy. I’m pretty sure history will remember him as the first man to drive a Tesla Model S off a Martian cliff.

The self-described Iron Man of tech is no stranger to controversy. Amid a litany of feats, he has:

But he sent eyebrows skyward (and eyes rolling) this week with this treatise: 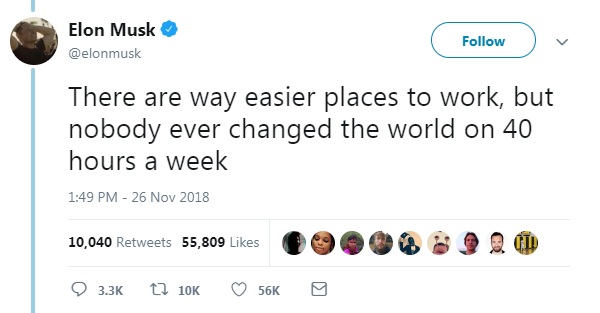 When asked by a user exactly how many hours one had to work a week to change the world, Musk reckoned 80 was a sustainable number, with peaks above 100 common – which is perfectly normal, if you forgo designs on living a normal human life. Perhaps it’s a good thing the Martian day is 37 minutes longer than Earth’s.

Even if Musk squeezed every itty bitty second out of his work day, he remains dependant on the toil of his tech teams. Software engineers and developers keep Tesla’s plates spinning and changing the world requires some top notch code.

So, you would think an interplanetary visionary would devote a chunk of his 8 million hour work week to keeping his techies happy, right?

Err. Not so much.

You don’t need a Musk submarine to dive for examples. Tesla’s techies are all too happy dishing on the company’s problems. A cursory look on Glassdoor unearths headlines like:

“Poor leadership, poor pay, mixed talent. If you really love the company, and you join a good team, you might enjoy it.”

Tech giants have an unfortunate rep for wanting the world from the developers. It’s incumbent upon anyone to research a potential employer, and dining out on Glassdoor reviews should be a part of that—techies should eat with their eyes wide open.

But it must chafe a little to see the chest beating brouhaha of your CEO when you’re pulling consecutive seven day weeks.

Work-life balance is more than a buzzword. More than half of all UK employees want more flexible hours . The days of ‘feudal-style’ employment won’t wash with candidates demanding options. Moreover, the links between longer hours and mental health issues are well-documented.

It might be wise for Elon to ask his engineers if they’re okay more often than if they can stay in the office until midnight. Happy humans with balanced lives are more productive. Perhaps the question for Mr Musk should be: “Who has ever changed the world for the better while being utterly miserable?”