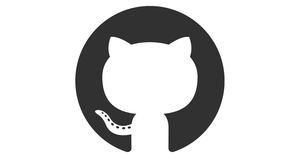 The adage goes “If you’ve got it, flaunt it”. A videographer’s showreel or a journalist’s portfolio are ideal for piquing an employer’s interest. But does this tactic work in the world of Java development?

The rough and tumble of finding tech jobs can’t be sniffed at. And while the UK market isn’t so much “candidate-driven” as “candidate-dominated-owned-and-ruled,” it doesn’t always cut their way.

In a bid to cut the wheat from the chaff, some companies have taken to going to the source (or right click > view source): GitHub.

I read a thread on Reddit where a would-be developer was rejected on the back of their Github profile. They were baffled that a would-be employer would place emphasis on their old pet projects. In an industry rife with NDAs, the best techies simply can’t share their best work.

So, why are companies wasting their time screening candidates through code samples and short-code tests?

“There is no better way of understanding the depth of someone’s knowledge than by speaking to them for 15 minutes,” he says.

“It is clear very quickly - particularly if the interviewer and interviewee are both technical - whether someone knows what they are talking about, and whether it will be mutually-beneficial to continue the interview process.”

Juckes says businesses often develop tunnel vision when hiring tech staff, thinking that 15 minutes on the phone with a candidate isn’t time well-spent, but the vigorous pre-screening process the team at Client Server take candidates through makes the process easier.

“In short, test someone’s coding style and ability onsite with a paired programming style test and save yourself the time of reviewing a candidates code, which is likely not an accurate reflection of their current ability,” he says.

“If clients could see beyond the initial time outlay of picking up the phone to a candidate by finding a recruitment partner whose judgement they trust, I guarantee that they would save time in the long run.”

So stop expecting a showreel from your techies. In the game of Java, talking the talk is about as good as walking the walk.