Data visualisation has become an online art form. Being able to convey complex ideas and systems in engaging ways is key in demystifying them.

One techie has taken this idea to the final frontier. Amazon Software Development Engineer Andrei Kashcha’s GitHub software galaxies visualise dependencies among some of the most popular package managers. 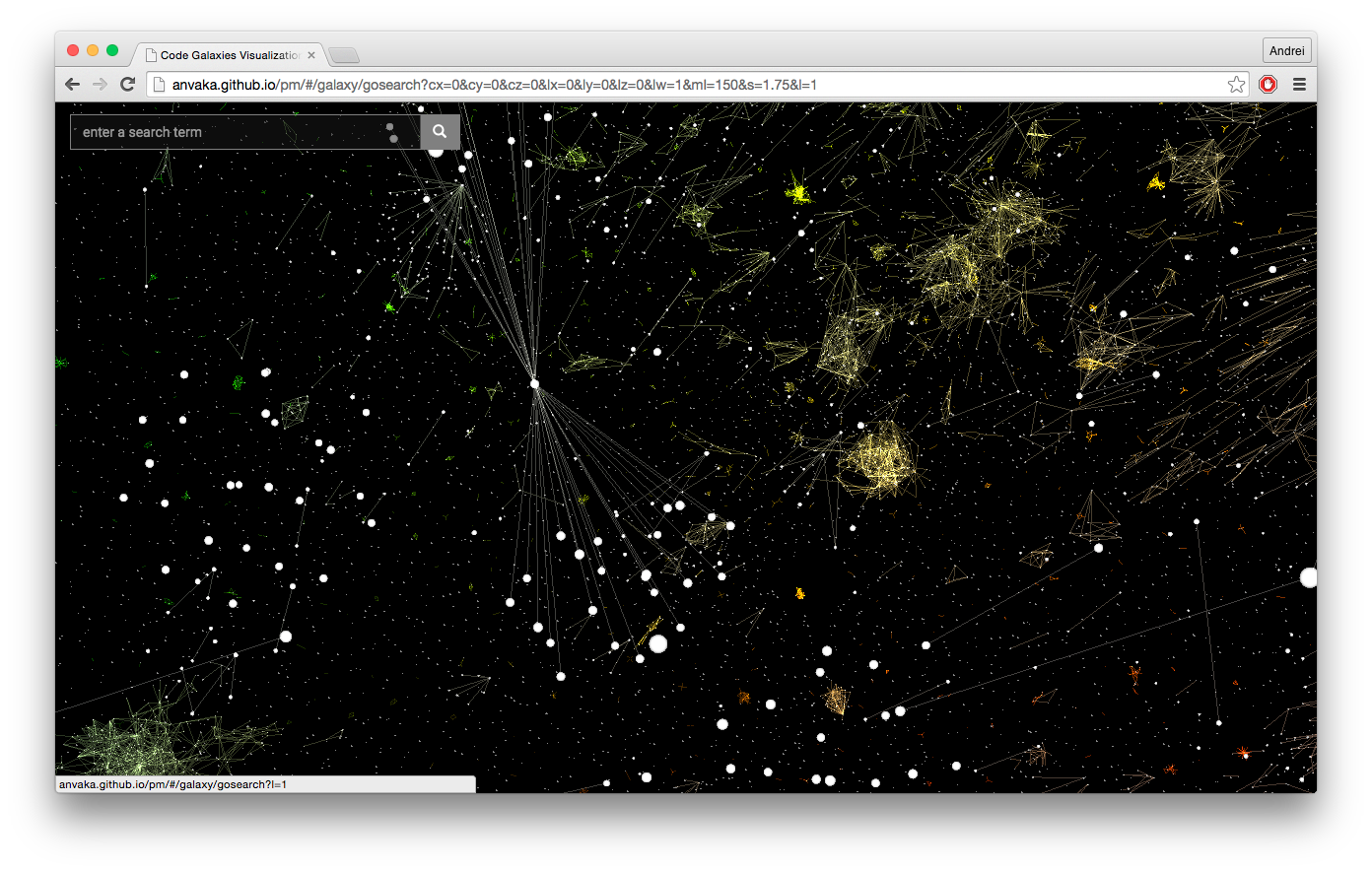 What am I looking at?

Andrei explains that every dot is a package, and the position of the package is determined by a “force-based graph layout algorithm”. They bring together dependant packages in clusters.

“Some packages are connected by lines. It means one package depend on another. Image above shows only very close connections. We can also see all connections, but the image becomes obscure by amount of connections,” he says.

The dots – or stars – represent the total number of dependents. The bigger the star, the more packages are using it.

Travelling through the npm universe

Software galaxies are pretty damn impressive on their own, but you can bring your non-techie friends along for the ride too.

Users can traverse the code galaxy, moving from star to star using their keyboard or phone. Andrei recommends flying with steering mode on (hit your spacebar), meaning your spaceship will follow your mouse cursor.

It's a fun way of bringing software development to life that everybody - techies and non-techies - can enjoy.

You can read the full Software Galaxies notes on Andrei Kashcha’s GitHub.