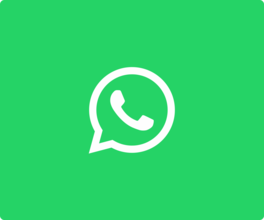 The Zuck has only gone and done it!

Some geezers down at Facebook (or ‘The Book’ as they probably call it) rattled Marky Mark’s cage. “Mate, y’know what’d be decent?” they said. “Bringing all them chats together. That Facebook, Insta, and WhatsApp, yeah? Get them all sim-pat-ico .”

And then he said he’ll do it, the absolute mad lad!

Yes, one of the most maligned man in tech has decided owning three separate chat brands that can’t talk to one another doesn’t make sense. Facebook is charting a course to bring its three major chat brands – Facebook Messenger, Instagram and WhatsApp – in sync. It means users will soon be able to message each other seamlessly across all three platforms. Bit posh, innit?

What this will look like, feel like, and work like has yet to be explained. But that absolute mentalist Zuckerberg will figure it out - causing a predictable maelstrom of whining on Twitter - before millions of around the world shrug their shoulders and get on with their lives.

End-to-end encryption (E2EE) is a hallmark of WhatsApp’s brand and a boon for privacy and data protection advocates. It guarantees that when I send my mum hilarious .gifs of awful 90s football bloopers at 3:32am, only she and I can see them. Facebook Messenger only allows E2EE when you choose to have a “secret” conversation, while Instagram doesn’t offer it at all.

So, if I WhatsApp those gifs to my mum’s Instagram, how can I be sure nobody else is tuning in, jealous of our incredible mother-son relationship? Nobody knows how it will be done. That’s a problem for Big Zuck the Zuckster and his Facebook Massive.

The noises out of FB HQ are, admittedly, good. After a year of being tossed from pillar to pillar over fake news, privacy concerns, election hacking and everything in between, the last thing they need is to toss out E2EE for sake of convenience. But at the same time, Facebook has struggled to find a way of monetising Whatsapp and its 1.2 billion users, mainly off the back of its E2EE.

Here’s a crazy idea: Double down on E2EE. WhatsApp must be the standard, not the exception. The PR writes itself, even if it doesn’t prevent justifiable scrutiny of Facebook’s how/when/why/what. I would hazard a guess the fact Whatsapp doesn’t feel like a Facebook product is key to its popularity. Giving it a Facebookesque makeover would not go down well with the lads, especially if privacy is sacrificed.

That would be a true mad lad move.

Find out more about our vacant roles in mobile development here.