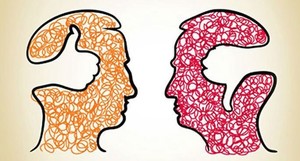 Imagine this scenario: You have two CVs on your desk, but just one interview slot left to offer. Both applicants have great experience, similar education, and have had success in their careers. The only difference is their gender. One resume is from a female, the other from a male. Who do you pick? Studies suggest you’re most likely to select the male.

This is a symptom of unconscious bias. These are automatic assumptions we make about people’s gender, race, age or appearance. Unconscious biases are unintentional, but recent research shows it’s a factor in every aspect of the modern workplace. It affects recruitment, retention, performance management, promotion, client relations and the allocation of work assignments.

Unconscious bias can be detrimental to a business’s growth. It can be an underlying factor in whether the best candidate gets a job, if the most suitable employee is given responsibility for an important project and the accuracy of performance reviews. Companies who actively diversify their workforce have the performance results to prove their success. Organisations that are ethnically diverse have been shown to outperform their peers by 33 percent , and those that are gender-diverse outperform by 21 percent.

The way past this unconscious bias in hiring and the workplace begins with individual companies becoming aware and taking action.

How to Avoid Unconscious Bias

In order to prevent the impacts of unconscious bias, it’s important to address the problem head on. Many organisations hold training sessions, and employees who have participated say that the trainings have made them more mindful and comfortable to speak up if they felt unconscious biases were present. If your organisation is unable to hold a formal training, Berkshire Associates suggests pursuing these routes:

Amanda Peterson is a New York-based software developer and contributor to Enlightened Digital .