The Big Q: I'm too junior? WTF?Posted about 3 years ago by Client Server 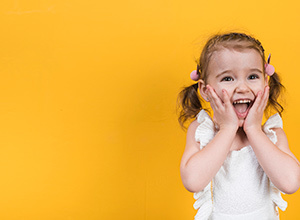 I was interviewing for a role at a software house, having made my way through three rounds of interviews (one HR and two technical). I did well in the final coding interview, only missing half of one question.

I thought I'd smashed it, but got really confusing feedback from the manager. He said that despite doing really well, I didn't have enough experience for the role.

Why would the company waste their time - and mine - interviewing me if they thought I was too junior for the role?

Not getting a job after intense interviewing is frustrating. That's compounded by less-than-ideal feedback from the employer.

No organisation would take a candidate through to the final round of an interview if they didn't think that person could do the job. It is a waste of everyone's time.

The truth is, you were probably just on the receiving end of a poor explanation. The employer could have been comparing your level of experience with that of the successful candidate. It's unlikely they were doing it to string you along.

A good recruiter will keep you in the loop right from the start. They would be able to act as an intermediary between you and the client, giving you clear feedback every step of the way. They are there to guide you through the whole application process and nipping any issues in the bud. Think of them as your purpose-made job search coach.

Looking out for a job coach for your next role? With dedicated recruitment teams across a wide range of software languages and tech disciplines, Client Server's job experts are ready to guide you along the next steps. Start the conversation with us today.