The Village Chat: Our Way, or HuaweiPosted over 3 years ago by Michael Oliver 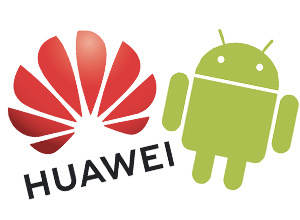 If there’s one good thing to come from the bristling trade war between The US and China, it’s that I can now pronounce “Huawei” correctly. That’s no mean feat for a Kiwi, whose natural instinct was to shoot for ‘ who-ah-wei’, much to the chagrin of friends and loved ones.

Now, there’s no avoiding it. You can’t move for Huawei. And if you’re Google, you have to go a far way to avoid Huawei.

News broke on Monday that Google had barred China-owned Smartphone Company from some updates to its Android operating system. The move came hard on the heels of the Trump Administration’s decision to Huawei to a list of companies American firms can’t trade with without a licence.

Although Huawei promised its smartphone owners it will continue to provide security updates and after-sales services, it finds itself in a bit of a bind.

It doesn’t mean Huawei loses all access to Android. Its core operating system is open source, meaning it can continue modifying it and installing it on their devices without permission.

But major vendors still rely a lot on Google for support. Plus, Google retains access to several important features, including:

Yikes – that’s a lot of important Android-y stuff, and things get tricky when you throw in security updates.

Here’s how that usually works:

For Huawei, they lose the four-week prep time, meaning it will only learn of the patches on the day they are released on Android’s Open Source Project (AOSP). That means there will be a lag before it can be distributed. Double yikes.

Things get even trickier when it comes to new handsets. New phones will not be certified and won’t be able to have Google Mobile Services pre-installed . Triple yikes.

It would mean that Huawei users would lose access to Google’s vast swag of apps. They might still be able to visit the mobile-friendly web versions, but the inconvenience might be enough to stave off future buyers.

XDA-developers.com editor-in-chief Mishaal Rahman told the BBC this could affect all manner of things.

It sucks for Huawei users given that its devices have received astonishing reviews , but the company says it has an alternative operating system up its sleeve should the Google’s door stay shut.

I might be inclined to switch to Huawei in this instance if it includes the following features:

Too much to ask? Perhaps – but there’s a better chance of this happening than the Google impasse ending anytime soon. We’ve got Huawei to go.