Full Stack: Tech news for the week ahead – 17 June 2019Posted about 3 years ago by Client Server 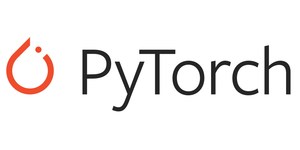 Welcome to this week’s edition of Full Stack, where we look at some of the news and views shaping the world of tech.

Facebook has rolled out the beta release of PyTorch Hub , its API workflow for research reproducibility and support. Its "deep integration into Python" allows popular libraries and packages to be used for easily writing neural network layers.

The Catch-22 That Broke the Internet

"Google initiated what should have been a routine configuration change, a maintenance event intended for a few servers in one geographic region. Rather than that small cluster of servers blinking out temporarily, Google’s automation software descheduled network control jobs in multiple locations. Think of the traffic running through Google’s cloud like cars approaching the Lincoln Tunnel. In that moment, its capacity effectively went from six tunnels to two. The result: internet-wide gridlock."

Read Wired's full account of what happened when the Internet grinds to a halt.

R vs Python: Which is the better programming language for data science?

TechRepublic have published a useful guide to one of the biggest debates in the data science community: is R or Python better for business?

For those curious about Microsoft’s new Bosque programming language , here is an interesting primer from the company itself.

The University of Birmingham has partnered with Trilogy Education to offer the first UK university coding boot camp .

The Coding Train is delightful. Every week, Daniel Shiffman’s YouTube channel publishes “creative coding” tutorials. Subjects covered range from the basics of programming languages like JavaScript (with p5.js) and Java (with Processing) to generative algorithms like physics simulation, computer vision, and data visualisation.