The Big Q: Is C++ a Dying Language?Posted over 3 years ago by Client Server 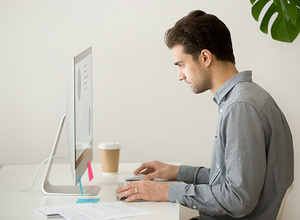 Q : I enjoyed your recent interview with Elliot Goodrich from Bloomberg and I noted how adamant he was that C++ wasn’t a “dying” language. But with alternatives like Rust becoming more prevalent, is there a chance that C++’s days are numbered?

A : The question caused some heated debate on Reddit . Rust, in particular, garnered a lot of attention. Azure’s IoT Edge Security Daemon is written in Rust , despite Microsoft’s big C++ support. Plus, all native pieces in ChromeOS are written in Rust too.

What C++ has going for it is its longevity and swathe of features. It’s been finessed over a number of years. As one Redditor put it, “C++ is a seasoned veteran, Rust is a promising youngster.”