The Story: “Scrum is too slow for us.” How the tech team at Bamboo Loans blends fast with smart codingPosted about 3 years ago by Michael Oliver 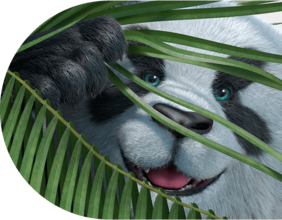 If you pressed them for job titles, Joe Horsnell and Harry Lascelles would call themselves tech leads. But they tell Client Server’s Michael Oliver why hierarchy isn’t as important as passion and curiosity.

Michael Oliver: Not everybody would have heard of Bamboo Loans – tell me about yourselves?

Harry Lascelles : We are a fintech company specialising in consumer finance.

Joe Horsnell : Bamboo was initially a guarantor loans company and that's still part of our business, but by volume, we focus more on unsecured lending now.

MO: You have something of a flat team structure – how would you describe your jobs?

HL : Titles aren't something that we lean on much here. Depending on the temperature, I've called myself principal software developer, lead engineer, tech lead, all these kinds of things. I use tech lead most often.

JH : We're an interesting team because Harry and I both came from working at UBS, where it's very corporate and regimented, but we're very flat structured here. We're all part of the team, but it's not like people report to Harry and me.

MO: How did you get into software development? Were you the kind of kids who messed around with Q-Basic and the like?

HL : My dad first showed me programming when I was about four years old, so going way back. IT has just always been in my blood. He was a journalist for the FT, so he also taught me about financial products and services. Finding something where I could bring them together was a real bonus.

JH : I just was interested in computers from a very young age. My dad got a VIC-20 in the early '80s. My first job was at Logica, for a few years, then my first move was to UBS, where I met Harry. I was at UBS for over a decade, doing the things that you need to do to progress your career, so doing less and less the things that I liked doing, like building software and using computers, and more and more management, building and running teams. Then this opportunity came up to go and work at a start-up, so from UBS with tens of thousands of employees, and departments within departments, to a four-person start-up. A bit of a change.

MO: How did you find that transition?

JH :  Personally, I'd just become very tired of the big corporate environment. It just felt like we weren’t achieving anything.

HL : For example, if you wanted to create a database, you had to fill out forms in triplicate. In any big organisation, spinning up test infrastructure, or even production structure, can take quite a while. Moving to a start-up, a small company, has been such an eye opener. To any of your readers, I would strongly recommend it. I didn't consider it when I was taking on my first job, but it's something I should have done.

MO: What made that possible?

HL : From day one, we had a CTO in Rob Harrop - one of the authors of the Java Spring Framework – who had made great initial IT choices. Straight out of the gate, we were on the cloud and AWS. I can’t imagine doing a start-up 20 years ago without cloud, it has been a complete game changer.

MO: Tell me more about the kind of tech stack you use at Bamboo.

HL : We always like to try and make sure we're running on the latest version of any frameworks, or databases that we're using. At the moment, we're running Ruby on Rails as our main service stack with a Postgres database. A Postgres database managed by AWS, of course, RDS in this instance. We have just found that combination to be an incredibly agile platform to develop on. Rails is famous for being a very quick platform to develop on to begin with, and we have just found that has continued. In comparison to our decade we both spent using Java, this was a breath of fresh air in terms of iteration, ease of testing, ease of debugging, getting new joiners on. It's been very useful.

JH : While our backend technology choices, of AWS, Postgres, Ruby and Rails, are all well ingrained, it’s a bit more fluid on the frontend, just because the rate of change is just so crazy. We started out using Knockout, back in 2011-2012, and it’s still going, but the industry has moved on. We tried Angular but React is the one that we're primarily using now for front end development.