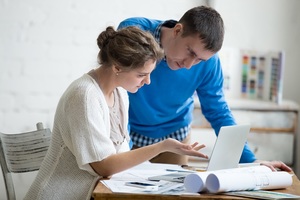 Tatiana Smekhnova is the Program Manager at HERE Technologies , based in Berlin. She is an expert at managing diverse engineering teams. Tatiana spoke at the Women of Silicon Roundabout in London last week about why managing engineering teams doesn’t have to be like herding cats. Here are five big takeaways from her session.


Tip 1: Assumptions aren’t your friends, so ask plenty of questions

Tatiana says that many engineering teams run afoul of relying on assumptions, partly because they’re afraid to ask “stupid questions”.

“As a project manager, you make a guess about the delivery of a project, saying it will take three weeks. That's an assumption. You get no data for that. You need to ask questions to back it up,” she says.

Tatiana says that the best managers are able to act as conduits of information. They ask the right questions, interpret the answers and then pass them onto other teams in a way that makes the process simple and efficient. She says that listening is more than management speak – it helps foster a trusting environment where everyone on your team feels confident enough to speak up.

“This is one of the key learnings I learned in the early years of my career,” Tatiana says.

“You really need to plan the time to work with the people. To listen. If you don't leave space and time to talk with the people, to listen to them, you're going to be overwhelmed and you probably won't be able to build a trusting environment where people will want to come to you and speak with you.”

Tip 3: Train yourself to give feedback

“Feedback is a skill you can train,” says Tatiana.

“We have a job programme in our company where a small group of us got together to coach and practise giving feedback.”

Providing a safe place to practice giving negative feedback will give the process a format and a structure, which is vital if you’re trying to convey something difficult or critical.

“Considering it’s just a skill, there’s nothing to be afraid of. Just train,” she says.

Tip 4: Building a Team Culture is Your Job

“As a manager, you are responsible for the culture in your teams. You’re the leader and your job is to set the example. So organise feedback sessions and build a culture where people feel trusted and safe and friendly,” Tatiana says.

Tip 5: Bring the Bystanders In

Tatiana says software engineering teams will always have people who would rather stand on the side lines than get involved. She says it’s imperative for a good manager to foster an inclusive environment and bring everyone in.

“Many times I was the single woman in the room. Sometimes it's difficult to recognise if anyone cares about you, or if you have a team member who is on the outside. But as soon as you recognise that, address that within your teams. Make it a priority and ask why that’s happening.”

Tip 6: Give the Structure Time to Bed In

“When you create this structure, be patient. Teams are different. Some teams adapt to changes within weeks. Others need months, but stay with it.”