The Big Q: What programming languages are worth learning?Posted almost 3 years ago by Client Server 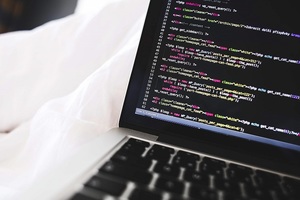 Q : I'm in school and want to get into coding, but I have no idea what programming language to learn. Where do I begin?

A : It can be tough picking a programming language. You could pick the most widely-used language, the language favoured by developers and engineers, or the one that will net you the best salary. There's really no wrong answer.

So instead of thinking about WHAT language to learn, ask yourself what you want to achieve. Do you have specific programming goals? Is there an industry you're interested in learning more about? The more you think about your own goals and aspirations, the clearer the language question will become.

But there are plenty of resources out there for guaging the relevance and popularity of programming languages. IEEE Spectrum has just released its Top Programming Languages of 2019 list . Its ranking is based on a broader range of sources and doesn't rely on the popularity of GitHub repositories or Stack Overflow questions.

This year's list sees Python take top spot. IEEE Spectrum says an explosion of new users and the rapid growth of machine learning both contributed to Python's success. The report also highlights the growing use of Python on microcontrollers, thanks to Python spin-offs such as CircuitPython and MicroPython, which are tailored to the constraints of these low-power devices.

The list also sees a number of familiar faces in the Top 10, including Java, C, C++ and JavaScript. 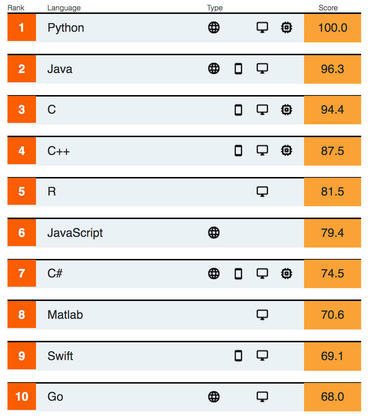