The Story: From learning to defuse bombs to site reliability engineeringPosted almost 3 years ago by Michael Oliver 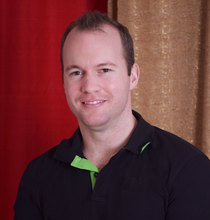 Alex Hodge is a Site Reliability Engineer. He tells Client Server’s Michael Oliver about his journey from learning to defuse bombs in the army to working for one of the biggest financial services companies in the world.


Michael Oliver : Site reliability is a term that has a few different meanings. What does it mean for you?

Alex Hodge : As I understand it, it was coined by Google . It all comes round to this idea of service level objectives, or another way to put it would be reliability as a feature.  Clients and customers now expect sites to have a certain level of reliability.

MO : How did you get into SRE?

AH : I was in the military out of high school and I came over to the UK from New Zealand to study at Cranfield University as part of my training to be an ammunition technical officer. ATOs are the experts in ammunition within the military, including investigating ammunition accidents. ATO training also prepares you for dealing with unexploded ordnance and Improvised Explosive Devices. I thought I was going to be what’s known in the military as a ‘lifer’ and be around for a while and I saw that British ATOs had engineering degrees.

MO : How did you go from learning to defuse bombs to working in SRE?

AH : I was back living in Auckland with my partner and contemplating a move to the UK. I had read that recruiters in London would be hesitant to speak with anyone who was still overseas because of concerns over whether they would actually arrive. To mitigate those concerns, I launched a website. It had things like proof I had a ticket booked, references, grades and a recent CV. I linked to that every time I contacted a recruiter.

MO : How did you find that process? As a Kiwi myself, I know how different finding a job here in the UK is to back home.

AH : Ever since moving here from New Zealand, I was shocked by how much ‘liquidity’ was in the job market. There’s a lot more hustle here. Back home, there are the same few recruitment agencies and you would have to approach them , not the other way around. In the UK tech sector recruiters are reaching out several times a week with interesting and diverse positions.

MO : Was Client Server one of the first agencies you contacted?

AH : No it wasn’t – I had an in-person job interview lined up for when I arrived, so I changed my flights to arrive in the UK earlier. And then that interview fell through the day before. I was sitting in Dubai at the time feeling incredibly frustrated, but I found out that Client Server had actually lined up something like four or so interviews for when I arrived.

MO :  Do you have any personal projects?

AH : I think personal projects can be a controversial topic for companies. While I work on things in my own time, they're always focused around trying to extend my technical capabilities, as opposed to doing things that I think are going to earn me money.

MO : What are you learning at the moment?

AH :  At work I use Python on a day-to-day basis; normally single threaded and almost certainly single process. I wanted to extend my C++ skills and get some practice with concurrency so I’ve taken to writing some example OpenGL in C++ that requires some concurrency techniques. I used to use Github for my projects but have since moved to Infrastructure-As-Code with Terraform on AWS. Eventually I’d like to take this a bit further and have some Ansible playbooks written as well.

MO : Machine learning is ‘in vogue’ right now, is that something you’re interested in?

AH :  Machine Learning is something that five years ago, or more, seemed pretty out-of-reach. What I like is that while I’m learning more about it all the time; the field itself is getting easier to learn; from Andrew Ng’s Coursera to the Tensorflow 2 API being much easier to reason about.

MO : You’ve gone from bombs to talking about machine learning – where do you see your career going in the next five years?

AH : I think site reliability engineering is a difficult one to map because there is so much variation across companies. I think internal company walls are starting to break down and you can find yourself more involved with many different areas from one day to the next.  I’ll just keep trying to move fast and make the best use of the opportunities I’m given.