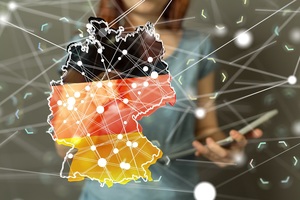 For many software developers, Europe remains an attractive place to launch their careers. A recent survey found that the highest proportion of software engineers and techies wanted to move to Europe (38%). While the UK was the most desirable location within Europe, many technologists and developers were looking to Germany to take their careers higher.

There are many reasons why working in Germany would be an attractive option for those in the tech industry. On average, Germanys work 20% less than full time UK workers; employees in Germany are entitled to parental leave until a child turns three; Homes in commutable locations that are in or close to the countryside are 2230 Euros per square metre, which is roughly £800 less than the average price in the UK, and visa applications in Germany (for Blue Cards) are comparatively easier than those for the UK.

For software engineers looking to relocate to Germany, there are plenty of Germany cities that will cater to those looking to grow their tech careers. We have profiled four German tech destinations and why they're great places for software developers.