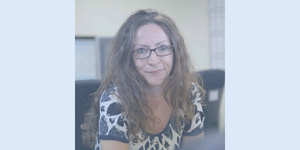 When you hear the term ‘mature student’ you think of someone who is in their mid-thirties or older. But I was a mature student at the age of 21.

After working in the travel industry for a few years at two different companies and being made redundant from both, I decided to put myself through university, get a degree and change the industry I worked in. I graduated from Kingston University in 2003 with a history degree and started working at a software house as an office manager. I guess this is where my interest in technology began, sadly the company was acquired and moved its offices to Cambridge so I was back on the market.

Working in the City was never one of my ambitions as I’m a country girl at heart. Luckily, this worked out for me as I saw the role of Office / Marketing Manager being advertised at Client Server when the office was in Surbiton – yes I am old enough to be one of the original employees! I started in January 2006, my role was a mix of office management, admin and marketing, so basically everything back office related. But my primary focus was - and still is - to find relevant candidates to fill our roles. I remember printing out CVs and then putting them on Nick’s desk – how times have changed!

As the company grew, we moved to Esher and everything became automated. I became more specialised in adverts, job boards and contracts to ensure that we maximise revenue which in time led me to become the Head of Advertising.

When I joined Client Server, it was finding its feet and I feel like I’ve contributed to the success and the growth of the company. Our consultants rely on advert response and staying in touch with people from our database as well as sourcing their own candidates. I’m proud to say I’ve helped to contribute to revenue (and not just spending!) and been recognised by industry peers for the quality of our advertising. As a role, advertising is vital within the business and our model allows us all to play to our strengths and makes team work fundamental.

Being one of the first shareholders in the company and becoming the first female head of a department, I hope to set a positive example. The opportunity is there to be had; don’t get me wrong its challenging to be the only female sitting in a boardroom full of passionate sales guys, but it’s great to see other successful women like Rosie coming through as Senior Consultants and the valuable contribution our female-dominated back office team make.

After 14 years, people often ask me what keeps me at Client Server. I guess it’s always been about the team (it also please my inner geek as I love finding out how things we use in our everyday lives are made and often find myself saying “we recruit for the people that do that” when watching TV!)

I’ve made friends, been able to watch people grow, establish their careers, get married, have children and have been afforded a lot of flexibility since having my daughter five years ago, which has made me even more invested in Client Server and genuinely passionate about the business. We’ve been through difficult times before and I’m sure we can come out of lockdown all the stronger.