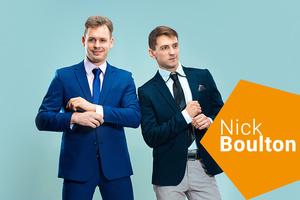 I read an update on LinkedIn this week written by a recruiter who was getting increasingly frustrated at the lack of opportunity or time given to them by prospective clients. They were getting push back from rude and/or dismissive owner managers, who weren’t interested in engaging.

“Ok, nothing new here,” I thought. “Just a normal day in recruitment BD. Chin up, you’ll get a shot eventually, just keeping putting in the hard yards.”

But then I read some of the replies, from supposed “intelligent, good” developers, managers or internal recruiters. A couple read something like this:

“Maybe it’s because they receive 100’s of calls from people like you, you’re all the same, selling the same stuff. If you don’t like it get a different job.”

“You recruiters are all the same, always trying to push up fees and salaries, there are loads more of you out there who’ll do it for cheaper, so either agree the fee or someone else will.”

“Scum, all that’s wrong with the hiring process, worse than second-hand car salesmen.

Wow, wow, wow! What has a second-hand car salesman ever done to you? Why all the hating on us lowly salespeople just trying to earn a crust?

If there is one thing all sales-based industries have in common is that we’re tarred with the same brush: We’re all shameless cowboys whose eyes light up with £££ signs whenever we meet anyone. It’s the idea that working in sales – any kind of sales – is a justified source of ridicule. Apparently, wanting to make money is indicative of some massive character flaw.

But here’s the thing: these are lazy, reductive stereotypes. The best salespeople aren’t those who can latch onto anything to make a quick quid. They’re motivated by service, by the need to provide value. Yes, they get paid for it – some quite handsomely – but there’s a human need that lights the fuse.

Making assumptions of people, jobs or industries just because you’ve had a bad experience or haven’t found the right recruitment consultant, is a recipe for disaster.

People sometimes misspell “Client Server” as “Client Service ”. It’s not the worst typo in the world – it’s actually quite on point. We predicate ourselves on being a source of excellent service. We’ve helped more than 6,000 Software Engineers find employment – not to mention all the other technologists, Project Managers, CTOs, BA, etc.  We’ve also partnered with businesses from seed funding, through to IPO or multimillion-pound buy outs.

I’m pretty sure being number one technology provider to three global financial institutions for seven years running means we know what we’re doing.

Yes, we sell. We’re a sales company. We make money this way. But we would have been out of business years ago if we didn’t put “service” at the forefront of our efforts.

Maybe you just need to find the right recruitment consultancy to partner with. You’ll quickly see the good ones add massive value to your business and hiring process.

By the way, I couldn’t interest you in a second-hand Ford Focus while you’re here, could I? ;)