Mental Health: My hopes are high for Dr Alex GeorgePosted almost 2 years ago by Client Server 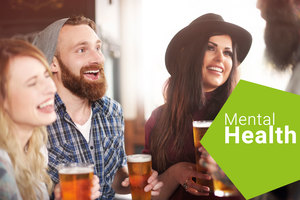 Last week Dr Alex George – ironically someone who found celebrity status on the TV show Love Island – was appointed by the Prime Minister as the government’s mental health ambassador.

Alex, who is an A&E doctor, lost his younger brother Llŷr last summer to suicide at the age of 19.

Love Island, is one of a number of TV shows at the forefront of press coverage for all the wrong reasons regarding mental health. Mike Thalassitis and Sophie Gradon both took their own lives, having appeared in the show, and Caroline Flack, the show’s previous presenter, also died from suicide.

How refreshing that Alex has used his experiences, and the public profile that the show enabled him to grow (1.8M Instagram followers), in such a positive way. We live in a digital age of reality TV and social media, where nothing short of perfection is seemingly good enough. Instagram grids are loaded with ‘staged’ and edited content that makes even the most perfect life look second rate. Shows such as Love Island, casts from thousands of hopefuls, a selection of competitors that could be used as blueprints for Barbie and Ken. The mental strength that it takes for any adolescent teenager or even grown adult, to resist the temptation to seek perfection should not and cannot be underestimated. It is just one more possible ‘trigger’ to add to the ever increasing list of challenges that the modern world throws at us all.

My wife happens to work in the care industry, and as we all know, anyone working in that industry has had it pretty hard of late. Before we met, she was a dancer who travelled the world, a performer who exuded confidence, the life and soul of any conversation. Lying beneath it all at that point however, yet to be discovered, was something that years later, would take over her entire being. She had a severe attack of anxiety, out of nowhere about 6 years ago. As a result, she experienced multiple methods of therapy, ranging from counselling, CBT therapy, to prescribed medication. At that point, neither her, nor I, took mental health particularly seriously. We didn’t know what mindfulness was. She will be the first to admit that she still occasionally feels the symptoms, but has fortunately since, learnt to ‘cope’ with them using a combination of breathing techniques, mindfulness, positivity and meditation.

Where am I going with this?

We all have mental health – it is a part of all of us, no matter who you are, how you look, or what you do. Just like physical health, if we do not take our mental health seriously, it can catch up with us when we least expect it. Why therefore, is it still treated differently to physical health?

Let’s hope that Dr Alex can use this opportunity and this platform to get the word out there. Just like going to the gym, walking, running, physical exercise, positive mental health is something we can train, work on and improve.