The Big Q: In a time of Electron, is it even worth learning C++?Posted almost 2 years ago by Client Server 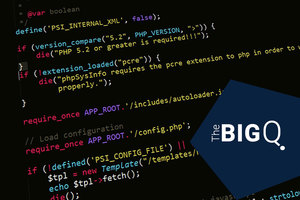 Q : I’m a C++ dev who’s having a bit of an existential crisis. It feels more and more like every single application I use is written in Electron. I get that it’s popular because it’s easy and you have the entire Node ecosystem available, but native apps feel like they’re 50,000 times faster. I know the end user probably doesn’t care what their app is written in, but I’m worried that the future of programming will be built on quick and easy rather than what’s best. Is it even worth learning C++ if it looks like desktop languages are in decline?

You’re right – Electron has gained popularity as of late because it’s quick and easy to build with, and for many apps, most users won’t notice a discernible difference ‘so long as it works’. But you’re insane if you think desktop languages like C++ are going the way of the dodo.

It’s not a one-or-the-other scenario. A team may be asked to build a desktop app and will choose to use a React UI in CEF/Electron. It will take far less time than peoplepower than a native app built on an entirely different codebase that takes five times as long to do – to say nothing about maintenance.

But let’s be honest – you’re not going to use Electron to build, say, a 60 fps AA high-end FPS, are you?

And as proof C++ isn’t going anywhere, we have more than 50 live C++ jobs on our website. Why not take a look?