The Big Q: Some devs are doubling their salaries in 2022. Why can't I?Posted 5 months ago by Client Server 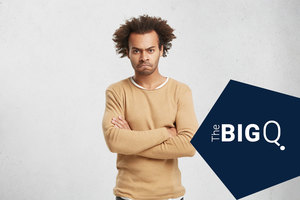 Q : My friend is a C++ developer who started looking for a new job because he heard about all the hiring going on in the market right now - he's been offered a job paying £35k more than his current base.

Another friend got a counteroffer from his company that basically doubled his salary.

Yet, I had a call with a recruiter who said that I was being "optimistic" about doubling my salary. I'm a mid-level developer with a great skillset, why should I lower my expectations?

A : There has never been a hiring market quite like this one. The demand for talent in the tech sector has been unprecedented. Companies are eager to make the most of the surge in funding and technological growth.

When companies started hiring again, many offered large salary bumps, bonuses, and new job titles to keep their best employees around. We've even heard anecdotal stories about engineers being countered with 100% salary increases just because they're interviewing.

We're anticipating a salary correction sometime in the next 12 months. As hot as the hiring market is, it will adjust and stories about huge salary increases will become few and far between.

So, what does that mean for you? Was your recruiter wrong to say you're being optimistic about a big salary raise? Surely, you want to cash in while the money's good, right?

The fact remains that more than 60% of people who take a counteroffer end up leaving their roles six months later. The reason that spurred a job search might be silenced temporarily by more money, but things like culture, opportunity and work-life balance will find a way through. When that dev leaves, a company is more than likely to recalibrate the salary for that role.

A pay rise of £10,000-£15,000 is still a significant lift. Remember, in the grand scheme of your career, there are more things to consider than a hefty bump in salary. Be mindful that even in markets like tech, what comes up will come down. With so many jobs, now is the perfect time to ask "What do I actually want from my career?" and set your expectations from there.