The Story: What's it like to go from C++ to RustPosted about 1 year ago by Client Server 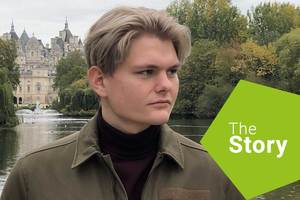 Erik Oseberg is a software developer in London who recently secured a new job through Client Server. He talks about his career and why he's making a move from C++ to Rust.

What inspired you to become a software developer?

One of the first things I wanted to study was physics, but I didn't think it would make for an interesting job going forward. I liked how programming is sort of like a mix between creative, technical, and analytical work. It's not just analytical. You have to come up with solutions and it's a lot of teamwork which, I found really interesting.  I had a professor in college who was very into C++ and Rust and very low level things. I learned about it from him.

Tell us about the role you're moving into and why it appealed to you?

At my current job I program mostly in C++, and I'm moving into using Rust, which I picked up a little under half a year ago. Rust to me really felt like C++ if it was made in like 2050 in and not in 1972.  A lot of it was really difficult to learn, because Rust has a lot of very weird things that you have to figure out before you can really code it. It still just made a lot more sense to me than a lot of things in C++ though. I challenged myself a bit to get this Rust position.

How did you keep learning Rust on the side?

It was just a bunch of projects. I kind of found everything I could online now. Anything on YouTube, blog posts, the repo, and the documentation that they have as well. I went for just a bunch of like smaller projects that you would do when you learn a new language. I did some threading, and I made a couple of servers. Anytime I'd get a coding challenge, I'd do that in Rust. I really went into everything that I did and everything I program to really get it out and get up to show that I do care and I want to learn it and it seemed to do me some favors. It was good few months of work.

Working with Client Server was really nice. I worked with Rob. He asked me all the things that I want to do, and where I want to be. And he list out jobs from there. I said, I wanted to do Rust, or backend roles. I didn't get any web dev front end. They helped me a lot and took a lot of pressure of the job searching process. Which is really nice to have when you have, I don't know, 15 interviews in two weeks.