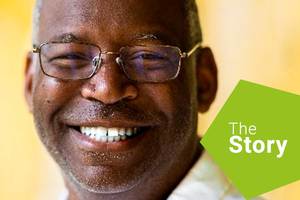 William A Adams has worked for Microsoft for more than 24 years. He’s a technical advisor to the company’s CTO and the founder of Microsoft LEAP. He was a guest on Client Server’s Talking Tech video podcast, where he shared six things companies can be doing to improve their D&I standing.

Some people hear the words “diversity and inclusion,” and to them it means this nagging thing that shareholders are bothering them about. Let's go get a checkbox, right? But some people are fully aware that having more inclusion means better product, having diverse perspective means better product. Some companies are seriously working on it and they're doing the transformative things that are required, even if it looks like a checkbox game in the beginning.

If you're a world scale company, you can't act like everything was designed in one place and have a hope to serve the rest of the world. What I develop for people where I live in Seattle may have zero relevance to somebody in Kenya. It would be better if I had some engineers in Kenya, because they're going to know better how to either adapt to what I've done or to just create something completely new for that market.

To get started, it requires somebody within that organisation who has enough authority to hire some people or go in a direction to say we're going to start. Before that, you have to have a plan. My thought in going into Africa was if I could, on the entire continent, get 2000 engineers in place on a permanent basis, that's going to mean there's an excess stream of a couple of hundred a year that can go other places as well.

4) Avoid being a “new imperialist”

Part of the plan has to be what I call cultural immersion. They need to go in with humility and say, "I don't know anyone who's black," so you don't just turn to the only one black person you know and say, "Hey, hire me a hundred people.” That's not the way to do it. The way to do it is to let that community know that you're interested in their wellbeing. You don't show up as the imperialist or the new imperialist, the capitalist imperialist, and say, "Hey, I know what's right for you. Get on the bus. I'm going to show you the promised land." That's not the way to do it. Those communities will just shut you out because they'll just view you as a new conqueror.

But if you go in with humility and say, "Hey, we don't have people like you in our process and we want to have you in how we create our products. What are you interested in? What motivates you? What are your key concerns?" It's asking those questions with a mind towards actually listening and wanting to know and wanting to help them with their challenges and their problems.

5) Get over your fear of the unknown

You need to hire good talent no matter where it is on the planet. We already do this for people who are in countries that we're familiar with. No one has a problem hiring a bunch of people out of Romania. Right? Why? Because they're familiar. No one has a problem hiring people out of the UK. Why? Because it's familiar. People do have a problem hiring people out of Kenya. Why? They're just as smart, but we don't have any connections there. Well, they do speak English, so what's the problem? Well, I don't personally know anyone from there and it's not my tribe, so therefore I'm not going to feel as comfortable hiring there as from the UK. But we're already doing the remote thing. We already have people in the UK. We already have people all over the planet. So it's not any more than that to say we're going to hire people in a different place.

6) Establish a path for those outside your usual hiring view

What other companies should be able to do is to create an opportunity that's kind of off the beaten path. We all know what the college intern thing looks like. You go to the college, you sign up interns a year early, and then they show up and then you hire them. Well, you need an apprenticeship program, if you will, for people who aren't coming through that college path. They're coming from other careers. They were in biotech. They were an astrophysicist. They were a mathematician. They were a mom who was in tech and she stayed home to raise her family. All these people are viable candidates, but you need a mechanism to get them into your pipeline.