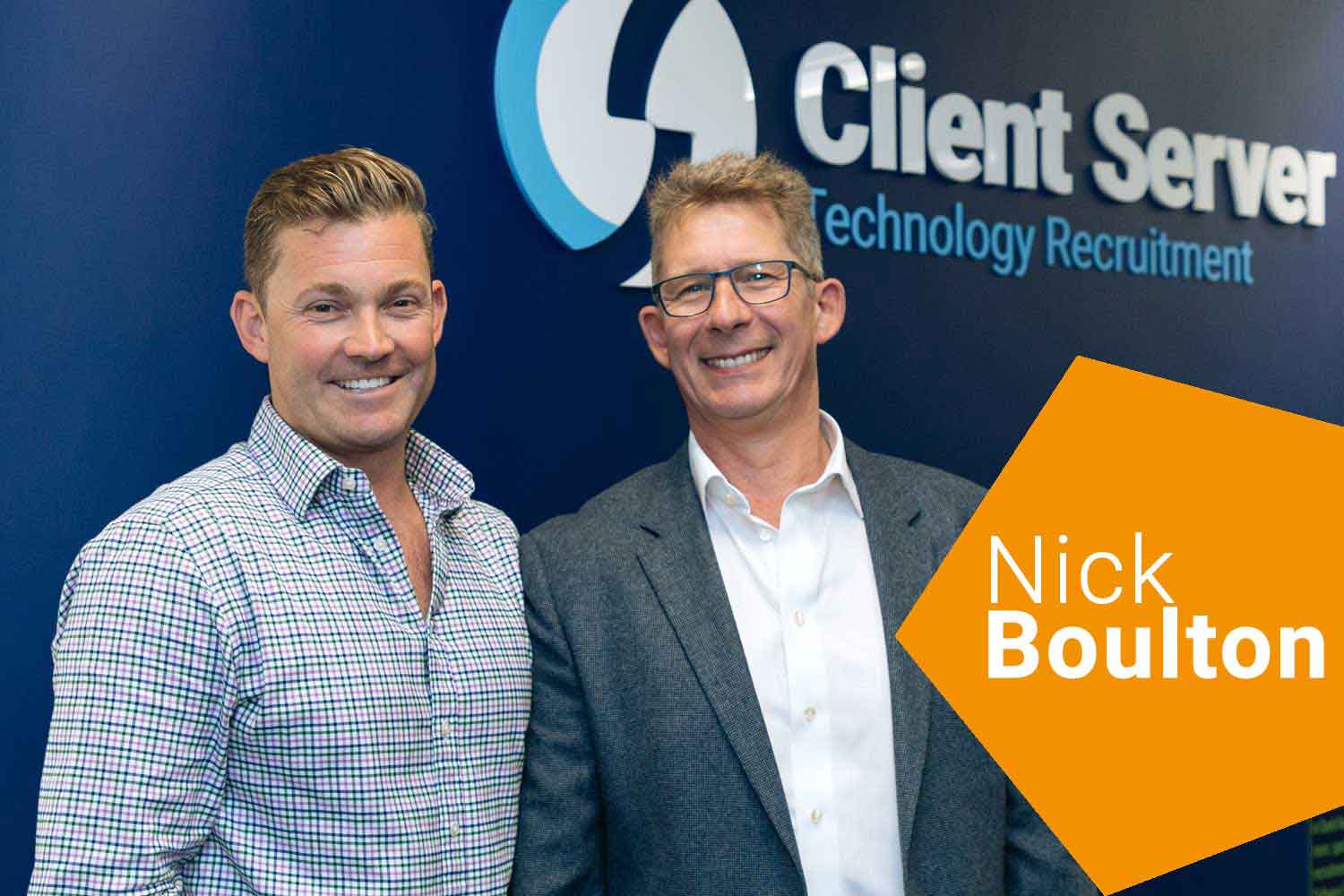 This year, I 'won' an award at our annual fun awards to go along with my traditional one of BDS (Backdoor Swerver).

To be honest, I love the award.

David Kerr (or DK to anyone who knows him) is the "Godfather" of this weird family. If you cut him, he would truly bleed, blue and white, and maybe a tiny bit of binary code too.

DK has been involved in Client Server from day one, over 21 years. I have known and worked for him for 17 years and became his business partner over 11 years ago.

Someone that if you joined the business today, you wouldn't necessarily appreciate what he does, and for me that's what makes him so unique.

There are few things (if any) DK hasn't seen in tech recruitment. He started as a founding consultant in his back bedroom in 1999 and has been instrumental in our growth. He's a chairman who gets into the thick of things, whether it's meeting our tech requirements, managing our offices, the moves and fitouts (six and counting), to say nothing about managing our budgetary and financial dealings.

They say that the failure of many businesses, and many business owners, in particular, is the failure to be able to adapt and change with the business needs. DK has shown the ability to metamorphosis to adapt to his surroundings like a Chamaeleon. From being the original 360 Client Server consultant over two decades ago, managing some of our biggest accounts, some of which remain our biggest house accounts today.

Now he, more often than not, supports Client Server from behind the scenes but is no less critical to our success. He's still administering his legendary technical training to recruits and his not so efficient efficiency training.

Those who know him would have no doubt ridden the emotional roller-coaster that he is, and perhaps a better description would be, 'no filter'.

Although his brusk approach can rub some people up the wrong way, and there is no holding back when he spots something done incorrectly, it comes from wanting us to be the best tech recruitment consultancy.

(His delivery is sometimes left wanting, and translating his Marlon Brando growl into generation Z type language is my job.)

I know I'm in danger of living up to my CS award of DK's pet, but you might as well own it, right? Our partnership couldn't have worked out better if you tried.

I would suggest we complement each other well. I'm kind of ying to his yang, I would like to think DK is my Robin to my Batman, but truthfully, it's more like Doc and Marty. We're an unlikely duo but it works.