Market report: The story of our record sales yearPosted 7 months ago by Nick Caley 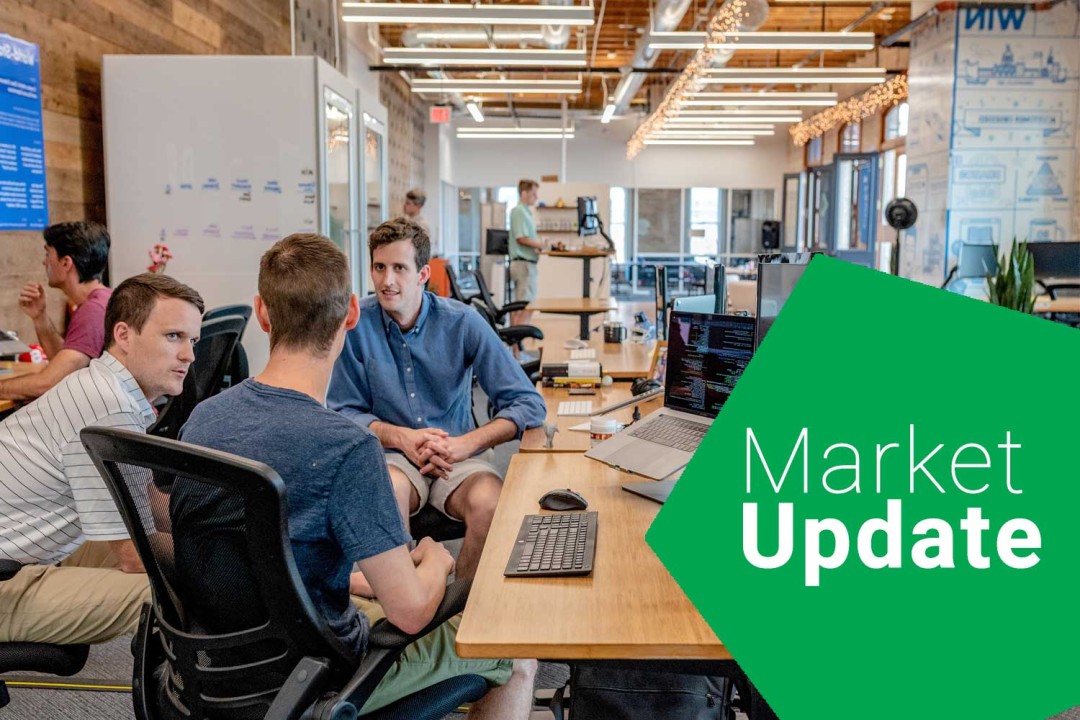 It's the first time we have had our year-end in April rather than December.

We chose to align our sales and financial years to show actual revenue and profit – but more importantly – try and breathe a little more life into December and January.

It worked, in case you're wondering.

It also meant that we now have a few disgruntled consultants looking at a big fat zero in their YTD column. But with the market, as it currently stands, I think they're confident of being back ahead of the curve before you can say "The Great Resignation…"

Now, as is always the way with year-end, we've been doing much reiewing, mainly of ourselves, but also of our clients and the technology markets within which we work.

And I'd hope that if you've got this far – found me or us, this link, clicked on it, read to this point – then the below will be of interest.

We recruited for nigh on 400 clients, with nearly 2000 separate roles.

Almost 50% of those roles were in software engineering, but spaces like DevOps/SRE/Platform (whatever your business calls it) and SDET and Automation Engineering grew in popularity.

And we still have almost 550 live positions right now, many with multiple hires, which shows the level of opportunity.

We placed 776 candidates, with those people spread across most of the UK as well as Central & Eastern Europe.

On average, our clients conducted the first interview with a candidate within five days of receiving their CV and hired them 17 days from the original introduction.

(Those that were quicker were more efficient and more popular with the consultants on this end.)

Every tech recruitment team here was busy, but as George Orwell once wrote, "All animals are equal, but some are more equal than others".

Our DevOps Team almost trebled in roles, and where we started '21 with clients confident of securing a balance of Cloud, Docker and Kubernetes at the £80k mark, we're now seeing those people command £110k+.

Granted, that's a little extreme – and he's (now) moved around a bit, but you can hardly blame him!

SDETs are similar; strong technologists with a passion for Automation are more and more popular, not necessarily at the six-figure mark just yet, but not far off.

How can we win, I hear you say? What's the point?

If there was some pleasure to balance out that pain (as Vic & Bob once said so well - https://www.youtube.com/watch?v=pEMeClHJmw0) then hiring outside of London, the UK even, is it.

The average salary for UK-based candidates we placed was almost 15% lower than their London counterparts, which decreased even more for Europe.

It was even possible to secure a similar calibre of Java Engineer at 65% of the UK price in some instances. Interestingly, our Europe Team worked with many UK-based businesses that chose to look further afield.

We've also seen more creativity when it comes to benefits.

You know the drill about free fruit and early Friday finishes. Still, companies offer bespoke home working set-ups, gaming chairs even, multiple volunteer days, company funding for an employee's charitable work, EMI/Stock/Share Options packages that can run into the hundreds of thousands, and even paid sabbaticals for loyal employees.

All of this reinforces that technologists are likely to be courted for the foreseeable, so if you want to find out how best to counter any of the above, we'd love to help.

However, if you can't get me today, it's because I'm busy asking for my sabbatical.