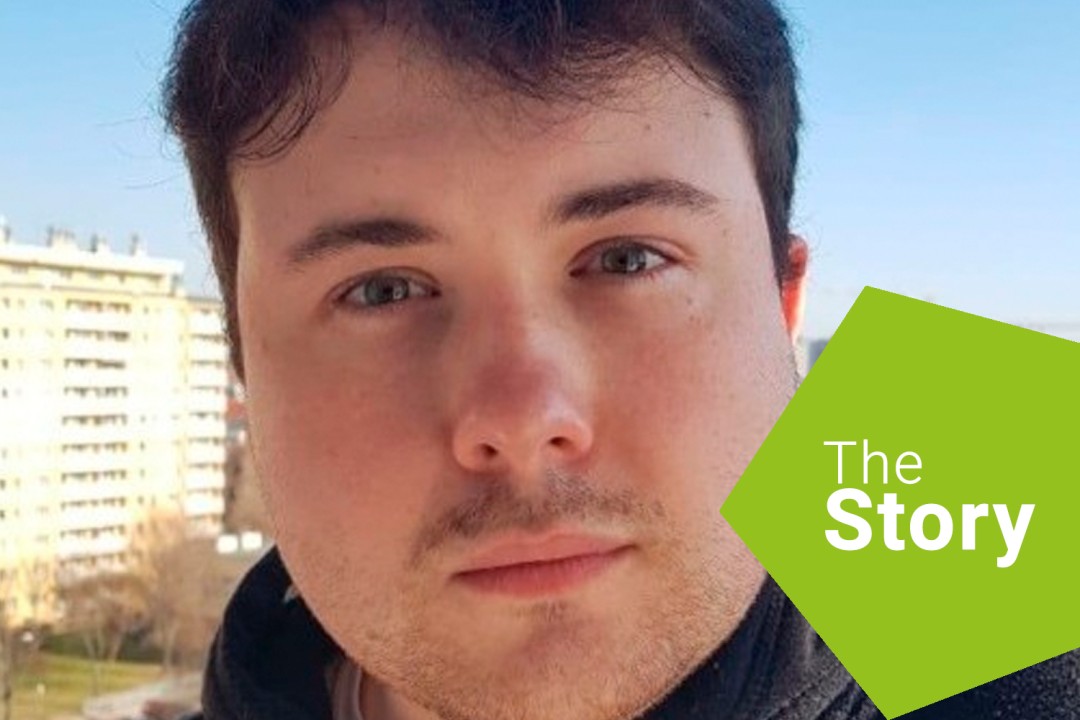 Oleksandr Lytvynov is a QA Developer from Ukraine. After Russia invaded his country while he was visiting his family in Poland, Oleksandr was unable to return home. He worked with Client Server’s Europe team to find a new job – and a new start. He shares his story.

Client Server: What was growing up in Ukraine as a techie kid like?

Oleksandr Lytvynov: Back when I was a kid, I would often go to computer clubs with my friends. It was kind of like an internet cafe, except you paid to play video games instead of browsing the web.

I didn’t get my own PC until my early teens. For the most part, I used to play games, but later on learned how to burn ISO roms for the console my friend had, so we could play. In the late 2000’s nobody really cared about piracy or copyright in Ukraine. All of the game disks we bought were cracked and almost all consoles were modchipped, meaning you wouldn’t have to worry about getting legit copies of games which were both rare and expensive.

CS: Did you study programming at university?

OL: Yeah, I applied to a local university with a couple of friends. We thought it would be able to teach us programming, but it didn’t go as we thought it would. About halfway through university, my parents and I realised it wasn’t going to provide enough knowledge, so they insisted I apply for private courses. I’ll be honest, those weren’t perfect as well. The quality of education depended entirely on the person teaching the class. Often you would get someone who would just print something off the internet and regurgitate it back to the class.

CS: Was that your experience?

OL: No, I was lucky. My private classes weren’t half bad, because it did teach me C#, it taught me Java, and all the other basics I needed to start programming. I was able to find a job in a company called Tastmatick, an outsourcing company in Ukraine, with offices in Cherkasy. I worked as the sole automation tester there for a couple of years.

CS: We've all been watching closely the horror unfolding in Ukraine this year - how has the war affected you?

OL: About six months ago, I went to Poznań in Poland to visit my parents for holidays. It wasn’t exactly a proper vacation. I worked my normal hours, then spent the rest of the day enjoying the time in the city itself. The plan was to return to Ukraine around the beginning of March. But then, well, then the war began and I had to stay.

CS: Did you think about going back to Ukraine?

OL: My parents didn’t want me to go back. My mother was really shocked by the beginning of the war, and my father and my grandmother didn’t want me to leave either. They were too afraid for me. So, I kept working for my old company, but I had to take some time off. The situation wasn’t one you could ignore.

CS: How are your friends and family back home?

OL: Most of my friends are still back home. A few live in Lviv, while the rest are in the city of Kryvyi Rih, located in Dnipropetrovsk Oblast. I was really worried for them then and I’m still worried now, worried, because the city itself is a rather big potential target for Russian invaders to attack. Not only is it a famous mining town with rich ore deposits, but it’s also the hometown of our President, Zelensky. Looking back at what Russian invaders have been doing in the past months, you would suspect they would try to attack a city in an attempt to demoralise the president.

As for my family, my father and his mother(my grandmother) are still in Ukraine. I try to call them regularly, as well as keep in touch with my friends. We usually meet up on Discord to have a voice chat, play boardgames online.

OL: It might sound grim, but you can get used to something like this. The first month was really stressful. I gained a lot of weight because of the stress and I would spend at least half each day reading the news. But after some time, I was able to adapt a little bit. It's kind of like when people can adapt to the fact that they have a serious disease. It's just something that, with time, will become a norm. A part of our nature, I suppose. The human body cannot be stressed all the time, it will have to adapt and accept things like this. I suppose I am glad for what I have and I'm glad that my family is still safe, because I've seen what happened to people in other cities over there. It's horrible.

CS: With all that going on, searching for a job had to have been difficult. How did Client Server help?

OL: Nick Heath in the Europe team helped me out quite a lot. In comparison to recruiters I had experience working with, Nick was professional. He gave me tips on how to make a good first impression with the company. Not exactly a cheat sheet with a correct answer to every question the employer had, just the advice and suggestions on how to better present the skills I had to offer. After every stage of the employment process , I would have a call with Nick and we would discuss how everything went. It gave me a great sense of how things were progressing.

CS: And you were offered a role with IG Group – how has that been?

OL: It’s been really nice. The team is well coordinated, my teammates are responsive. The difficulty lies not in the programming knowledge, but knowledge of the project I’m working with. It’s a big system and not everybody is able to maintain complete knowledge of it, but I’m really enjoying the challenge involved.