Full Stack: 5 Top Tech Links for the Week of July 1Posted about 3 years ago by Client Server 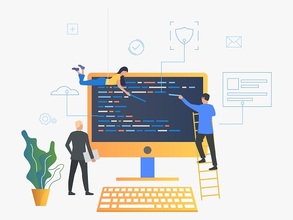 Welcome to this week’s edition of Full Stack, with the latest news and ideas from the world of tech.

Software engineer Jay Chow has compiled a “master guide” of must-have programming tools. “They are universally applicable: you will absolutely benefit from using them regarding of the kind of programming jobs,” he says. See what tools made the cut here .

MIT Building on Julia to Open Up AI Coding to Novices

The home of Julia, MIT, wants to make the language easier for new programmers to use and explore. It has created a “probabilistic-programming system” called Gen , which incorporates several custom modelling languages into Julia. This will allow users to create AI models and algorithms “without having to deal with equations or manually write high-performance code”.

Mozilla has announced it is reinventing its web browser for Android devices. The new browser comes under the guise “Firefox Preview,” which is still in beta stage but ready to be tested in the real world. Read more about it here.

Sasha Levin, Microsoft Linux kernel developer, in a request that Microsoft be allowed to join a Linux security list, revealed that "the Linux usage on our cloud has surpassed Windows".

Meet Foundry, the company behind every VFX Oscar-winning film

In the latest edition of The Story , we talked with Phil Parsonage, Chief Engineering Officer at VFX house Foundry. In a revealing interview, Phil talks about the company’s tech stack, what they look for when hiring engineers, and what the future of VFX software is.